War. War never changes. Apart from when it does, like the time Ian Pointed-Stick invented the pointed stick, that was a shock for the non-pointed stick folks. The War folks are pretty bad about patch notes and version numbers, though, and seldom put out a press release when a new update to War is released unlike Gaijin, developers of World War II(ish) combat game War Thunder. The last few updates to War Thunder have been ticking along, generally adding some new planes and tanks, always nice but not particularly noteworthy. The addition of Japanese tanks at the end of last year to join their Soviet, German, US and British counterparts rounded out air and ground forces for all the countries in the game, the latest update expands the array of nations for the first time in (mumble) years as could be surmised from its name: Regia Aeronautica. Yes, it’s all about a fearless aeronaut called Reg. Or possibly the Italian Air Force.

Italian aircraft aren’t completely new to the game, there were a handful in the German tree, but Update 1.69 sees them take to the skies under their own flag with a fully fleshed-out tree of fighters and bombers from the biplane CR.32 up to the jet-powered G.91. The tree will be gradually made available a few aircraft at a time, or the full thing can be researched by players who buy an Italian premium aircraft pack or complete a series of tasks. It’s early days yet but there’s a nice range of aircraft available, and the mid-war “Serie 5” fighters in particular seem to be performing well. It’s always fun to go back to the slightly more relaxed early tiers, and the new Italian tree gives a great reason to do so. 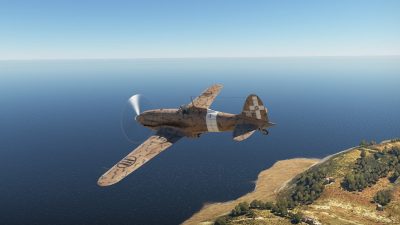 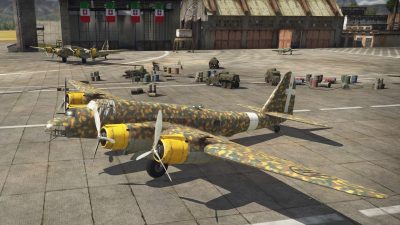