When your first battle has finished, you get a results page showing how you did: 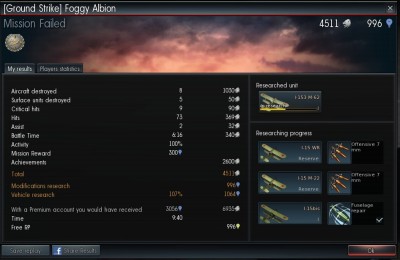 The results are in…

The main section should be fairly self explanatory, hopefully you managed to hit or even destroy an enemy or two, if not at least you get something for the time spent in battle! Rewards come in the form of money (with the silver lion icon) and Research Points (RP, with the blue light bulb icon). We’ll get on to research later.

For now, more importantly, after your first battle you should get a nice present: a new free aeroplane! 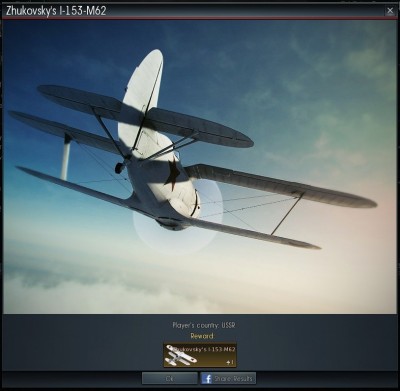 This only happens for the first country you play, so don’t get too used to the generosity, and it’s one of the main reasons I suggest picking the USSR to start with. The I-153, known as the Chaika (Seagull) due to the upper wing, is an excellent early plane; the alternatives for the other countries (the F2A, Gladiator, CR.42 and A5M) are decent enough, don’t despair if you didn’t pick the USSR to start, but the Chaika is pretty nifty, so let’s get it into service!

Completing the basic training gave us a third crew slot, currently empty, the box with “Choose Aircraft” at the bottom of the hanger screen:

Click on it and you can select from the wide range of aeroplanes you have available (i.e. Zhukovsky’s I-153-M62); click on the plane to put it into service. When you add a new plane to your line-up you have to pay to train the crew for it, only 150 Silver Lions in this case, and the crew remember all their training, so even if you’ve upgraded in the future you can put them back into the I-153 without having to pay again.

As the Chaika can carry bombs or rockets, you can also do the “Bomber” tutorial (top right of the screen): 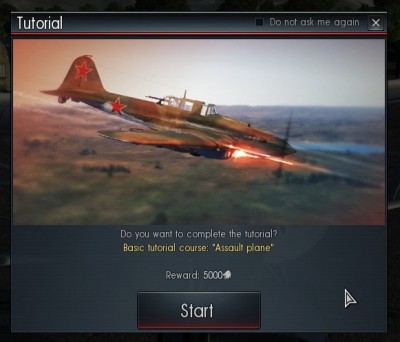 Two planes flying down the street, and one was a salted… wait, I think I told it wrong

It’s always worth running through tutorials, for the cash reward if nothing else; this one teaches you how to attack ground targets with rockets and bombs.

With the Chaika in service, hit “To Battle” again to repeat the whole “shoot the red things” process. Once you’ve researched upgrades (see next tutorial) you can click where it says “Without load” under “Secondary weapons”, and fit either rockets or bombs; I quite like rockets myself, you can always fire them at other planes as well as tanks (you’ll probably miss, they’re terribly inaccurate, but it’s a bit of fun). You can also click “Default” under “Offensive 7.62mm belts” to load a different type of ammunition once researched: 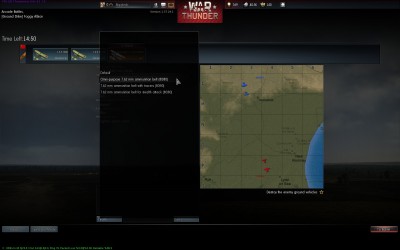 We’ll go into a bit more detail about ammunition later, as a rule of thumb you can’t go far wrong with omni-purpose.

So it’s back into battle (remember: shoot the red things, don’t shoot the blue things), get some rewards at the end, rinse and repeat.

If you’re having a bit of trouble against other players you can always re-run the tutorials, they can be found under “Menu” at the top of the screen. For more free-form flying practise, there’s a “Test Flight” option if you click on your aircraft, allowing you to have a nice leisurely fly around. If that’s just a bit too leisurely you can add a bit of excitement via the “Mission Editor” in the bottom left of the Test Flight screen that allows you to set up a custom mission for various scenarios such as combat air patrols, intercepting bombers, defending tanks or attacking artillery with AI comrades and opponents.