Since discovering the Chalke Valley History Festival a couple of years back, it’s become a highlight of the calendar; a packed schedule of talks and presentations, together with living history encampments and demonstrations from groups covering the Romans through to World War II, and aircraft giving displays through the weekend. This year’s programme posed quite a dilemma: on one day Wing Commander Tom Neil and a display from the only airworthy Bristol Blenheim, on the other seven veterans of Bomber Command. Having seen Geoff Wellum last year, I opted for the Bomber Boys this year.

The veterans covered the seven heavy bomber crew positions: pilot, flight engineer, navigator, bomb aimer, wireless operator, mid-upper gunner and tail gunner. Six had flown on Lancasters, the other a Halifax. We could’ve listened to each of them for hours; though unfair to single any one out in particular, George “Johnnie” Johnson, the last surviving British dambuster, relating the attack on the Sorpe damn from an altitude of 30 feet was quite gripping.

After the presentation, the rest of the festival was as good as ever. A bit of a downpour during the first flying visitor, a Spitfire PR XI, put a slight dampener on things, fortunately the weather cleared up after that to merely overcast, good old British summer (though some of the more heavily armoured participants probably appreciated it). Danes and Anglo-Saxons formed shield walls, medieval knights fought in a tourney, ballistae flanked a Roman camp, a Sherman tank kicked up the grass, soldiers of all periods and nations wandered around; echoes of The War Games were reinforced by the TARDIS outside the BBC tent. In the skies, a Bücker Bü 131 gave a superb aerobatic display, and a majestic Consolidated Catalina made several low passes. What a great day; roll on July 2nd 2016! 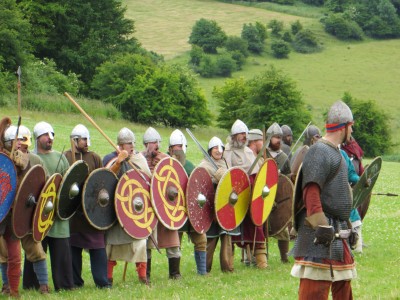 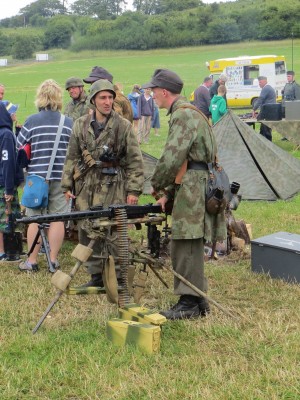 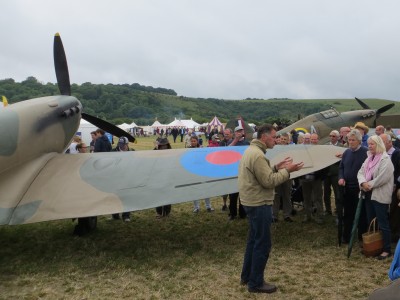 James Holland expounds on the Spitfire 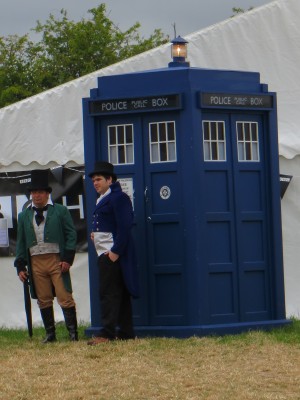 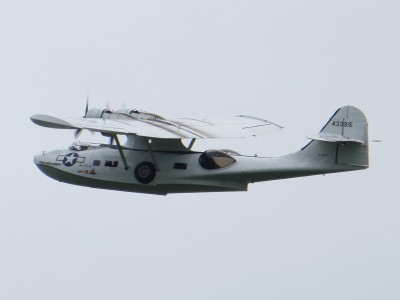