Rummaging around the seldom-less-than-fascinating AskHistorians subreddit the other day turned up a question about the line “Who are you?” in Alice in Wonderland, the answer leading to Charles Mackay’s 19th century Extraordinary Popular Delusions and the Madness of Crowds that documents it as “… a phrase repeated with delight, and received with laughter, by men with hard hands and dirty faces, by saucy butcher lads and errand-boys, by loose women, by hackney coachmen, cabriolet-drivers, and idle fellows who loiter at the comers of streets. Not one utters this phrase without producing a laugh from all within hearing. It seems applicable to every circumstance, and is the universal answer to every question ; in short, it is the favourite slang phrase of the day, a phrase that, while its brief season of popularity lasts, throws a dash of fun and frolicsomeness over the existence of squalid poverty and ill-requited labour”.

Mackay details a number of other phrases that swept through London, all the rage one moment then rapidly replaced. I rather like “Quoz!”, it has the sound of sci-fi swearing along the lines of “frak” and “smeg”. “Walker!” was common enough to be exclaimed to Scrooge at the end of A Christmas Carol but seems a bit mundane compared to “Does your mother know you’re out?”, “There he goes with his eye out!”, or the short-lived “Has your mother sold her mangle?” (one for Arthur Atkinson there).

My favourite, though, which I think deserves a revival is “What a shocking bad hat!” Attributed by Mackay, possibly apocryphally, to a hatter seeking election who tried to sway voters with the line “What a shocking bad hat you have got; call at my warehouse, and you shall have a new one!” The hatter was hoist by his own millinery-petard when crowds drowned out his attempted speeches with “What a shocking bad hat!”, and the phrase rapidly spread so that “thousands of idle but sharp eyes were on the watch for the passenger whose hat shewed any signs, however slight, of ancient service. Immediately the cry arose, and, like the war-whoop of the Indians, was repeated by a hundred discordant throats.”

With hats no longer de rigueur in public there are fewer chances to employ it, but of course there is one area where headgear is still all but required: the MMO. I urge all readers (both of you), as you explore the land, slay fell creatures, and make bars go up a bit, to gaze intently upon all and sundry, player and non-player alike, and if you detect a displeasing helm to exclaim at once “Lawk what a shocking bad hat!”

Team Fortress 2, of course, would be another game with ample cause to cry “what a shocking bad hat!”, but surely War Thunder would present minimal opportunity? Unless zoomed in upon a pilot, who admittedly may have a shocking bad flying helmet, or perhaps the crew of an open-topped armoured vehicle, you’re not going to see much; after all you cannot put a hat on a ta… 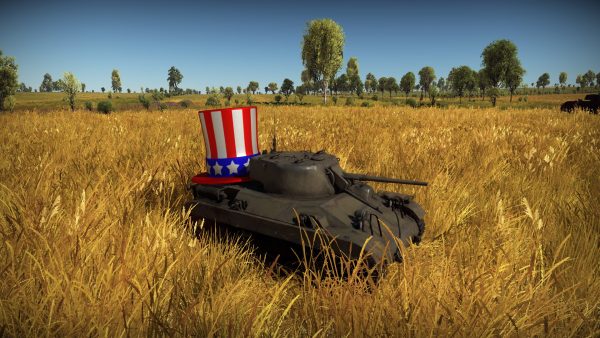 What a shocking bad hat!

… nk. Until, that is, developers Gaijin added tank-hats as one of this year’s April Fools. 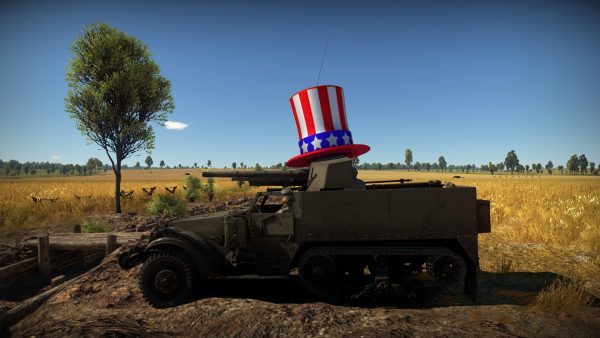 This does present a cautionary tale, though. One should beware the reaction of a sharp-tempered hat-wearer equipped with a 75mm cannon as this Panzer IV rapscallion found to his cost… 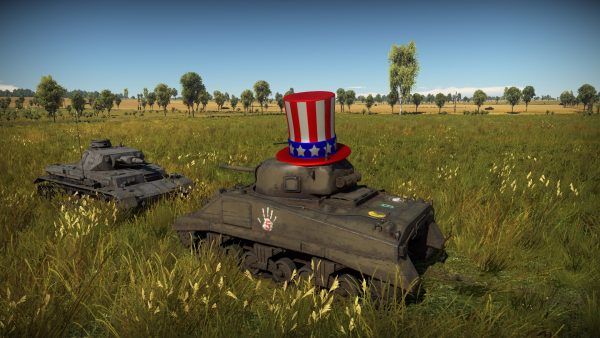 PANZERKAMPFWAGEN IV: Sir, you have a shocking bad hat! 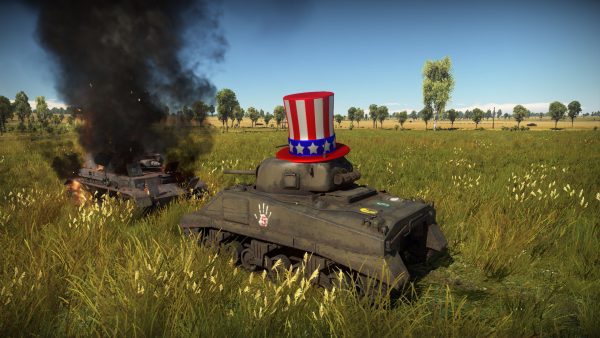 M4 SHERMAN: And you, sir, have a shocking bad case of being exploded to death! But in the morning, I shall be sober. And may have removed my hat.