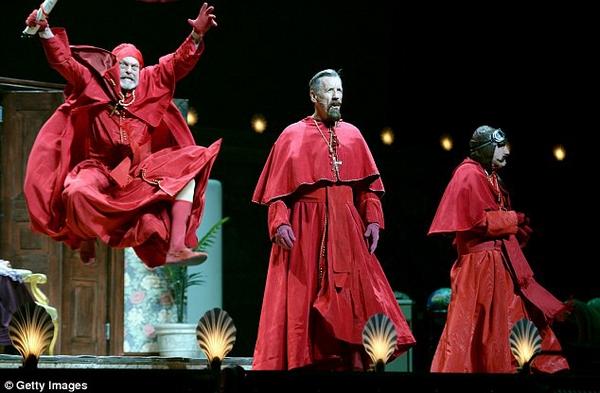 Summertime Madness in War Thunder is having a good crack at living up to its name with the Hunting Frenzy phase of the event. To secure a Tier II premium plane you need to win 125 matches in a week. That’s quite a lot of matches, in case you were wondering; six hours of solid War Thunder every day for one plane, assuming an average of ten minutes per match and a 50% win rate, if my rough calculations are correct. If you want all five premium planes, well… more back-of-envelope jottings suggest that if you do nothing but play War Thunder for all seven days, without bothering about fripperies like “eating” and “sleeping”, you’ll be cognitively dysfunctional at best and possibly dead at the end of it. Remember to eat and sleep, kids. Meanwhile, our guinea pig will need to be maintaining a 62% win rate to earn all five planes, difficult enough even before factoring in sleep deprivation and hallucinations.

Predictably enough, after the initial excitement over the prizes mentioned in the Summer Madness announcement, some players expressed mild displeasure at the onerous requirements, in much the manner of a toddler throwing a tantrum after finding out that a promise of ice cream was contingent upon first tidying their room. I have to admit I’m slightly surprised at the effort required, Tier II premium planes aren’t terribly expensive to buy, and of limited use in earning research for high-tier planes (there’s a significant penalty when researching something more than one tier higher); I didn’t think they were going to be handed out like flyers for an Edinburgh fringe show, but I thought most players would have a good chance of earning one.

Having match wins as the requirement is also a bit unusual, with most previous events being kill-oriented. A requirement for kills certainly didn’t help with team play, with objectives being ignored and even more of an every-plane-for-itself attitude than usual, but at least it was something within your control. It’s enormously frustrating when, in a Domination match, you pull off an amazing 300mph airfield capture and knock out a couple of enemy aircraft before succumbing to overwhelming odds, then look around the map and see three quarters of your team chasing a single enemy bomber in the middle of nowhere while the enemy team leisurely recapture the airfield with no opposition. The event is limited to Tier II, III and IV aircraft as well, which rules out the old standby of grabbing starter biplanes and heading in to the typically much shorter matches that they enjoy. Requirements based on matches played, team wins and aircraft restrictions are understandable, but combined with the sheer numbers in question it becomes a massive time sink.

There are a few consolation prizes; reaching 25 wins at each eligible tier for each country earns a pile of silver lions and a chance at winning the premium plane in question in a raffle, so I’m plugging away at that, just playing Tier III Japan rather than flitting from country to country for the daily double experience. It’s going to be interesting to see how the rest of the event plays out, and what the requirements for the Tier IV premium aircraft might be…

School’s out for summer, and the weather is fine; long, hot days perfect for a picnic on the beach or chucking a ball around a park, kicking around a piece of ground in your home town, lazing on a sunny afternoon watching little fluffy clouds A time for holidays, getting away from it all, leaving technology behind.

Doesn’t that sound awful? Thankfully games companies are doing everything they can to keep us all beavering away in front of glowing screens devoting absurd amounts of time to earning digital tchotchkes. Steam kicked things off a bit early with its Summer Sale, this year shoving everyone into a random coloured team in some sort of Five-Way Stanford Prison Buy Trading Cards And Make A Number Go Up Experiment; as Melmoth observed “Steam’s sale is now more of a game than the games it’s selling.”

Neverwinter is never (hah!) short of an event or two, recently celebrating an anniversary as well as indulging in assorted skirmishes, firework parties and suchlike. There’s usually a few cosmetics up for grabs, perhaps some themed consumables, often a green-quality companion, nothing too over-the-top but quite fun. This weekend is the Wonders of Gond, with a chance of earning a rather desirable purple-quality mount, though it does seem that an awful lot of grinding is required to refine an item to that point. I might’ve given it a bit of a go, if not for other games…

Over in the World of WarTankGaming, they’re also celebrating an anniversary, and handing out free tanks to all and sundry for the next week. TANKS very much, Wargaming! (Do you see what I did there?) A Tier II light tank might not be much, but hey, don’t look a gift tank in the barrel and all that, and there’s the garage slot if nothing else. There isn’t so much generosity in the skies in the EU, just some discounts in World of Warplanes (the US seem to be getting a free plane from the 8th), and the chance of a hanger slot if you complete a bunch o’ missions. A Tier VII Gloster Meteor seems more of a tempting reward, but just one of the tasks requires 250 wins at Tier IV or above, being in the top 10 XP earners for your team (presumably to avoid joining and immediately quitting/dying), no ta.

No, I think my grind of choice is going to be good old War Thunder, where there’s Summertime Madness!!!!! (I think they missed a trick not using five exclamation marks, a sure sign of madness.) Amongst assorted discounts and bonuses, the big draw is the chance to earn premium tanks or planes that normally have to purchased with real money. At this very moment you can earn a premium T-34-57 or Panzer IIIN by recording 90 kills using Russian or German tanks respectively, eminently achievable in a week if a bit of a slog. From August 4th – 10th there’s a Tier II premium aircraft for each country up for grabs, the mission details yet to be announced, but I’d hazard a wild guess it’ll involve shooting down a bunch o’ planes… Finally, from August 11th, the big stuff, Tier III and IV premiums including some very nice (and expensive) planes like the American Spitfire IX; I imagine these will have quite insane requirements like some of the more unusual rewards from last year’s Indian Summer event, but we’ll see.