Our fourth year of Historical Festivities at Chalke Valley got off to a slightly rocky start, or more accurately a slippery start; heavy rain in the preceding weeks had led to much of the site becoming something of a quagmire. Admirable attention to detail shortly after the 100th anniversary of the Battle of the Somme but a bit of a nightmare in the car park, taking a good three quarters of an hour to get onto the site and slide into a space. Plans for a leisurely breakfast were replaced by a hasty squelch to the first talk, unfortunately missing the first ten minutes of Afrika Korps veteran and Knight’s Cross holder Günter Halm in conversation with James Holland. The logistics of translation, ably handled by German historian Robin Schäfer, inevitably meant a slightly whistle-stop tour of Halm’s career, but it was fascinating to hear his tales of the desert war. 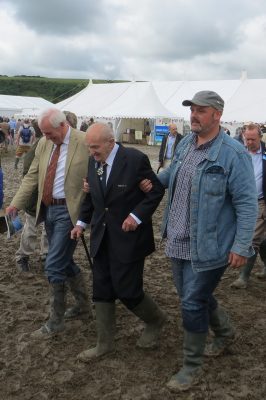 Exploring the site was rather hard work in the mud, but the usual array of reenactors spanning a couple of thousand years were there in splendid encampments. Chatting to some of the Romans, a heavy rain shower the previous day had resulted in a mini-flood but they seemed in good spirits. The valley echoed to artillery and musket fire from an American Revolutionary War battle in the main arena, and over the course of the day there were excellent flying displays from a P-40 Kittyhawk, Yak-3 and B-17 – as wonderful as Spitfires are, it was nice to see some different types. 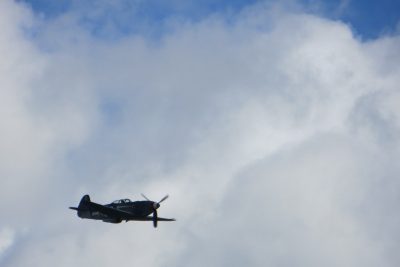 Achilles? I hardly know… dammit, I was hoping it was an Archer.

Unsporting revolutionaries call in air support against the redcoats

A demonstration of weapons through the ages sounded fun, but I had to yomp over for my second talk: Who Sank the Tirpitz? A most impressive line-up took to the stage: historian Paul Beaver, Air Vice-Marshal Edward Stringer and Fleet Air Arm veteran Fane Vernon who took part in a raid on the Tirpitz as observer in a Fairey Barracuda dive bomber. An excellent presentation building up to the attacks by IX and 617 Squadrons that finally sank the Tirpitz with Tallboy bombs, and the controversy ever since: which squadron actually delivered the fatal blow? (Probably IX Squadron was the conclusion, though 617 had scored the first hits.) Vernon’s enthusiastic rendition of an 820 Squadron song extolling the virtues of the Barracuda was particularly enjoyable. 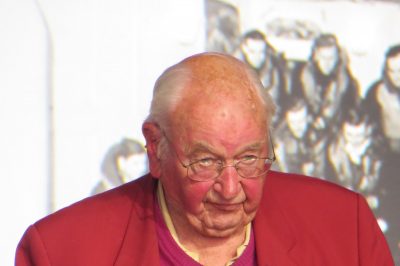 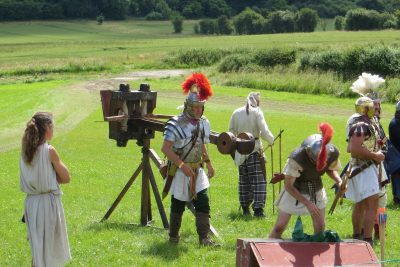 Fortunately the sun stayed out for the day, there was no further rain to make conditions worse; we feared it might have needed a push or a tow to get out of the car park, but the tracks had just about dried out enough to escape. It was a shame it was so muddy, the talks and demonstrations were as excellent as ever, but it just wasn’t quite so pleasant as usual wandering around the site. Fingers crossed for slightly better weather in the run up to next year’s festival!