Guild Wars 2 has reached 500,000 Facebook fans, and some of them are real too! As such they’ve released some new artwork for their fans to enjoy; you can view the original work and leave a comment here. 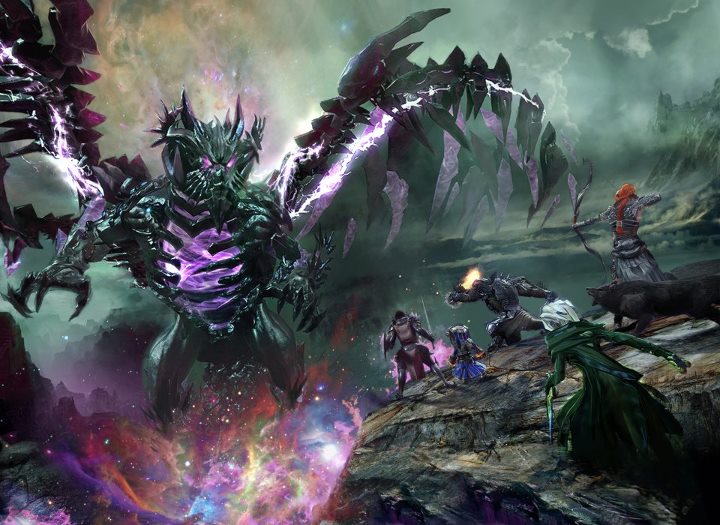 Just as an exercise for the reader though, I’ve included a copy of the artwork within this post. Take a ruler, and mark yourself a trajectory by following the line of Eir’s aim along her arm.

Yes indeed, what ArenaNet have actually done here is to stealthily encode a reveal for the new Ranger Elite skill in Guild Wars 2: Dragon Nutshot.

P.S. Upon considering the above, I began to question what exactly is going on between the dragon’s legs. Is that a cosmos, or is he (just pleased to see us – Ed.) evacuating himself of chromatically distorted dragon pee after having been hit by an arrow? There definitely seems to be some sort of explosion of dark tendrils going on in the nether regions there. Further supporting evidence for my theory, if ever there was.

3 thoughts on “The Secret, Whirled.”