I didn’t read many reviews of Mass Effect 3, didn’t need to, I knew I was going to buy it. What I haven’t seen much of –other than in passing comments– is how incredible the graphics are in this game; I mean, it’s more than a modest jump in improvement, it’s as though they shoved the graphics engine through a Mass Effect relay. That sort of jump.

As evidence, here are screen captures of my Shepard from the three episodes of the game. I remember watching some of the cutscene sequences in Mass Effect 3 and being profoundly impressed by the high fidelity and detail of the signal being sent to my retinas, but comparing these screenshots really slams home the magnitude of the improvement. 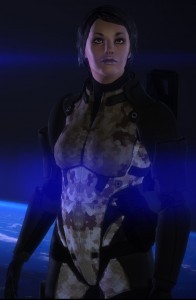 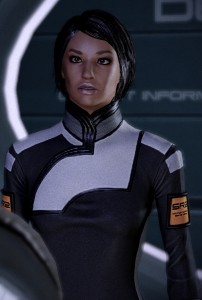 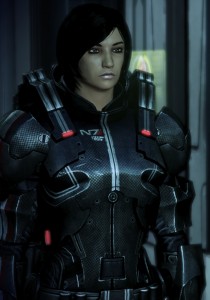 I really didn’t mind the ending of Mass Effect 3, but more on that in another post; regardless, I still can’t help but admire the improvements (not just the graphics) which BioWare keep bringing to their section of the genre, improvements which seem to have been generally overlooked or dismissed due to the unfortunate backlash which has occurred.

I hope BioWare continue to stick to their beliefs and make the RPGs that they want to make, because, my goodness, they seem to be getting exponentially better at it with each and every release.

4 thoughts on “Evolution of a Shepard.”