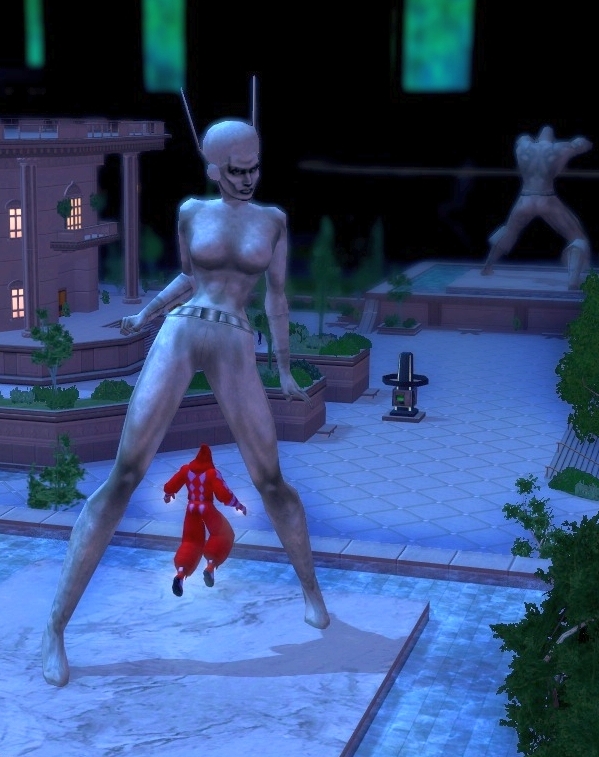 It’s amazing the number of Easter eggs you can find in MMOs, as well as the variety. Such variety.

Take this statue of a Grace Jones look-alike in City of Heroes’ Atlas Park district, for example. Now, I’m not normally one for looking out for such details, especially considering the fact that most female character anatomy is already flaunted and displayed in games with the alarming casual detachment of an inveterate horse trader showing off his prize mare, but it’s hard to miss such a swell example when you fly right into a six foot high rendition while your attention is otherwise occupied in talking to a friend.

And so I draw your attention to the statue’s seemingly rather well defined lower lady parts being thrust in the viewer’s general direction.

You may allow your monocle to fall from your eye… now.

I hope you had it on a chain, those things are expensive!

City of Heroes has badges for every achievement under the sun, so when said friend asked if I’d got a badge for discovering this hidden pearl, I was somewhat disappointed to find that I hadn’t. I suggested to them that it might be called the Vadge Badge, but the conversation quickly clammed up after that.