After a slightly disappointing hat collection amassed in Tortage, your Hat News correspondent performed some heroic and world changing act of some kind involving a volcano or something (no particularly exciting hats were involved, so it wasn’t worth recording in detail) and moved on to explore some of the rest of Hyboria.

The bad news is, bowls on the head with nosepieces are still very in. Leather, hide, iron, steel, copper, strontium, they all rather blur into each other after a while, and the photographer dozed off before being able to catch all the nuances of the leather helm with iron banding versus the iron helm with leather bindings.

On the plus side, new sets of enemies bring new opportunities for mass killing sprees in the search of a new hat! If you’re looking for something a bit cold, a bit Viking, something that would let you get a bit part in an advert for Skol lager, then you’ll want to hunt down the Vanir, and maybe steal one of these helmets. 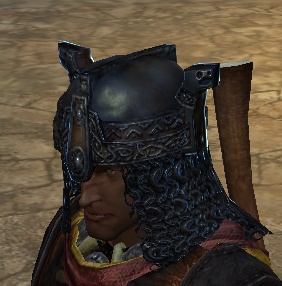 If, on the other hand, you’re after something a bit more classical, something that says “yes, I could take you on in a fight, but afterwards I could also find the length of the longest side of a right angle triangle and write an epic poem about it”, then perhaps one of these, wrenched from a Nemedian, is more your scene. 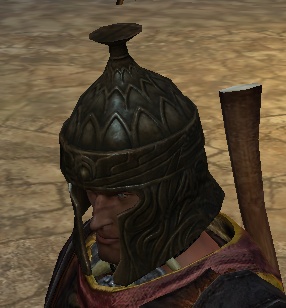 Or finally, there’s always one group you can rely on to take the approach of “working metal is a bit tricky, I know, lets just grab the nearest animal and stick it on our heads!” Yes, it’s those crazy Picts again. 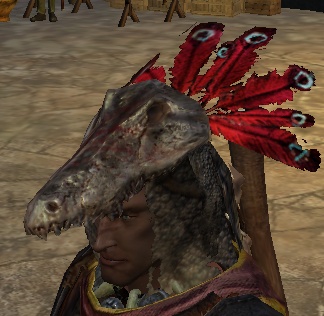 So there we have it; something of an improvement, but still not exactly a vast and thrilling range of headgear options. Rest assured, though, your Hat News Now Today team will work tirelessly to perform their mission: to explore strange new hats, to seek out new headgear and new headwear, to boldly place bits of animal on their head that no man has placed before (and for very good reason in most cases). B-bye!